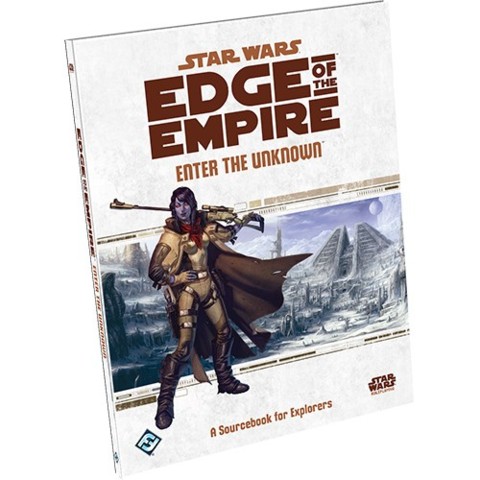 SWE06/Star Wars: Edge of the Empire RPG - Enter the Unknown

While civil war rages in the background, intrepid venture into the unknown to uncover new opportunities. Adventure and profit await those willing to brave the dangers of undiscovered worlds and forgotten stars.

Explore the hidden corners of the Star Wars galaxy with Enter The Unknown. This rulebook expands upon the Edge of the Empire Roleplaying Game, adding new content for Explorer characters as well as any character looking to brave the fringes of the galaxy. Jump behind the wheel of a speeder, uncover lost secrets from a forgotten age, and hunt down dangerous beasts among the stars.

- Equipment and vehicles useful for any character delving into the unknown areas of the galaxy.

- Guidance for Game Masters to integrate exploration and adventure into their campaigns.