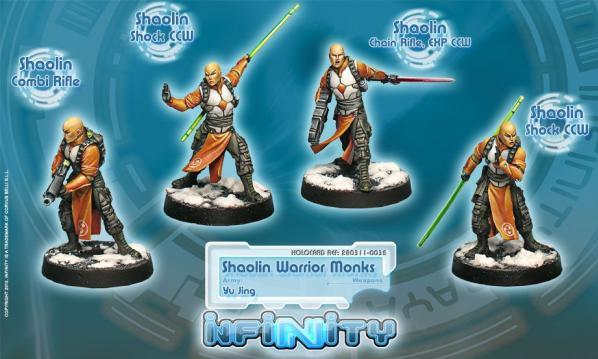 Shaolin Warrior Monks are practicing Zen Buddhists and are superb exponents of the martial arts. They train in the monastery with the disadvantage that they are not very good at using firing weapons, but in hand to hand combat they are unbeatable.

The sever discipline and the rigorous training they undergo in the temple has made them into instinctive fighters, being both fast and lethal. The army of Yu Jing uses the Shaolin as light assault troops and as the starting point to launch their attacks to breakthrough and rout the enemy formations, a task they do with exquisite mortal beauty.