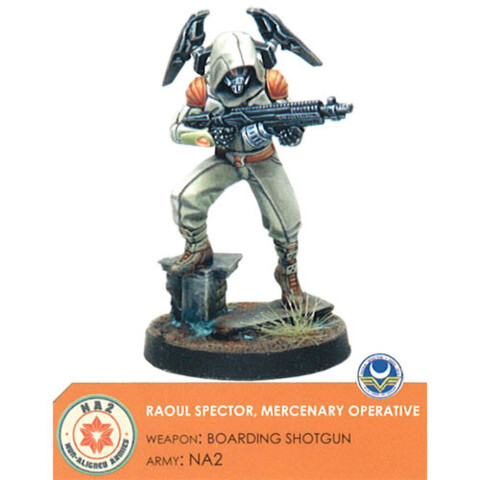 Raoul Spector is a man who has died many times. He’s one of the privileged few who can claim to have undergone Resurrection not once, but several times. He also enjoys the use of a Lhost, an advanced biosynthetic body to replace his own. But these privileges are also his curse, a curse that binds him to a life of danger and death.
If you want to provide to your StarCo force or any army within ITS and with the Soldiers of Fortune extra, Raoul Spector is your man. His Combat Jump Special Skill and his Boarding Shotgun will allow him to provide the coup de grâce to your enemies.