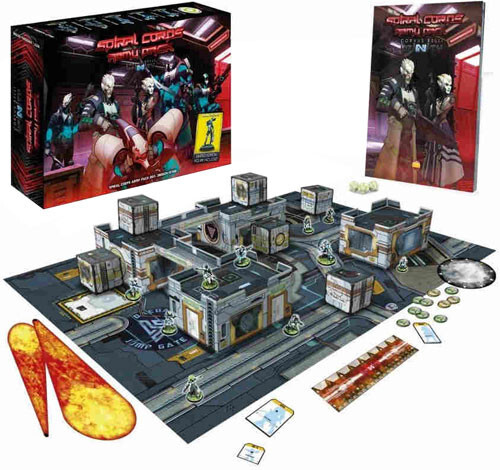 Spiral Corps is a mixed mercenary company with a core of experts and professional troops from the Tohaa Trident as well as a contingent of human mercenaries offering their experience as alien hunters.
This set contains the miniatures, rules and terrain you need to start collecting a Spiral Corps Sectorial Army and introduce you to the Infinity universe.