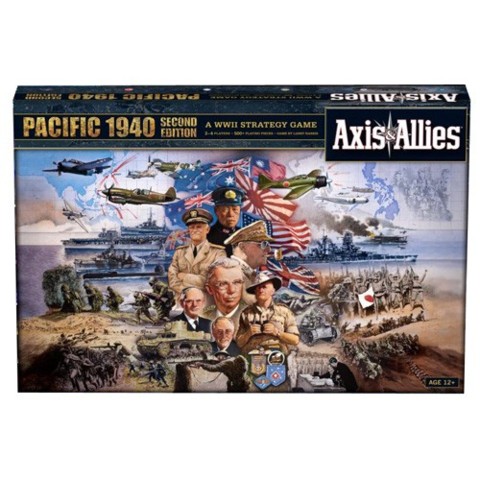 This edition of the game includes new ANZAC miniatures as well as new mechanized infantry, and anti-aircraft artillery. Also includes the extra large 35˝ x 32˝ game board for a greater play experience.

Axis & Allies Pacific 1940, designed and developed by Larry Harris, will utilize the updated rules established in the A&A Anniversary Edition. Two new combat units will debut in this game, Tactical Bombers and Mechanized Infantry. Australia and New Zealand, joined together as the ANZAC forces, will debut as a new playable ally. China will field more forces than ever before, but will need all the help they can get from their allies the United States, ANZAC and the UK to withstand the might of Imperial Japan.

Axis & Allies Pacific 1940 will feature an oversized board that measures 35” wide by 32” high. With over 450 pieces, deluxe game components and local storage boxes, this game will raise the standard established by A&A Anniversary Edition. All new rules for neutral nations, naval & air bases, kamikaze attacks and convoy disruption will add even more depth and historical accuracy to this giant game.